Eden Bifun noodles are thin and translucent, made of 100% steamed rice. White rice is ground into fine flour and kneaded with water to form dough. Dough is steamed and formed into a dumpling-like dough. This dough is extruded into noodles and cut to length. The noodles are then allowed to settle, a short aging process. After aging the Bifun noodles are steamed, then washed in cold water, and air dried before packaging. No additives or preservatives.

Eden Bifun Pasta is a good source of protein. Wheat and Gluten free. 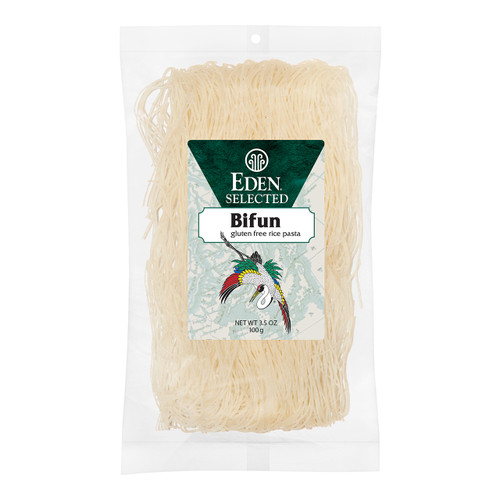